My first time in China: Xi'an 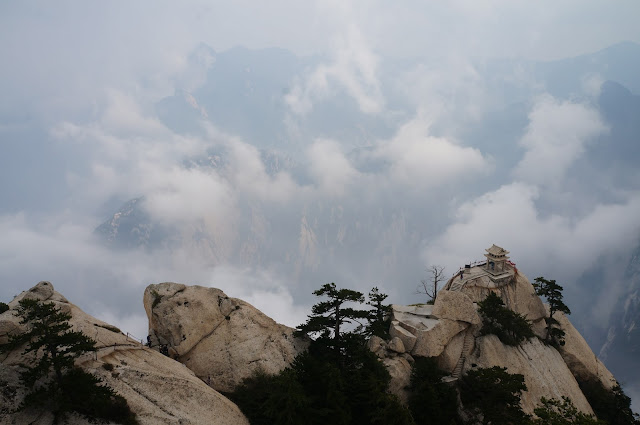 Growing up I have been told all kinds of disturbing stories about China; kidnappers that make children beg on the streets, unruly authorities that randomly dish out death penalties, extortion to road users by throwing a dead corpse at your vehicle… Admittedly major Chinese cities have moved on and that some of the tales where what Grandma used to blackmail us into good behaviour. I now feel I have outgrown these stories and am ready to explore some of the places that I have put on my list. It’s also one of the many reasons for moving to Asia.

Being a Hong Kong citizen, I take advantage of my 'Chinese-ness' when it’s convenient. My Chinese permit card allows me to roam free in the country. Together with my brother who speaks damn good mandarin - we’re good to go.

We decided to ease ourselves into it by starting at Xi’an.

The inner city, confined by the old city wall, is small by Chinese standard. Getting to the city from the airport was easy enough. There was an airport shuttle bus that operated from 6am-midnight between the airport and Lung Hai Hotel in the city, where one could connect to the subway or the established bus grid - 25yuan pp; c. 60mins. Alternatively Bus 24 takes you to the North gate of the inner city wall.

The first item on our itinerary was the Terracotta Army museum. Staying near the Bell Tower, we took bus 611 to the railway station, from there we took one of the public buses: No. 603 (7yuan) or No. 914 costs (8yuan - they leave every 4mins and I’m convinced they have better aircon) - 80mins. Just follow the signs for the ticket office - 150yuan.

The ticket map had a small map of the exhibition hall and excavation sites. 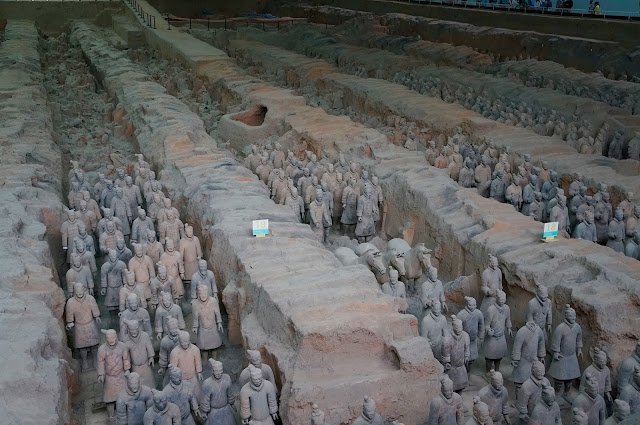 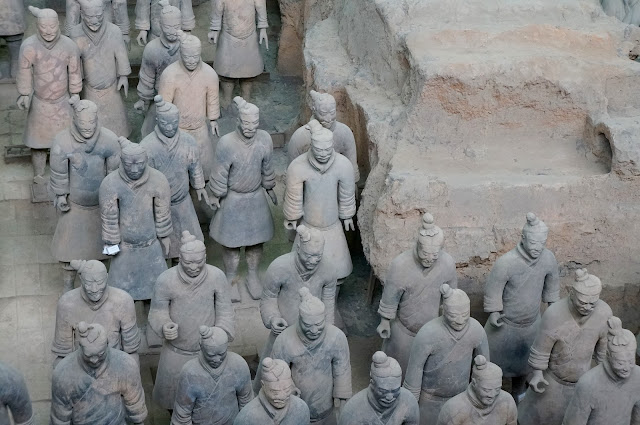 It was as busy as we anticipated with floods of Chinese tourists despite it being a Friday. And yes, Chinese tourists are as every bit exhausting as we expected: the constant shoving, yelling, spitting, smoking and general lack of consideration and respect for personal space - deal with it.

Hmm… I’m glad I have checked this off my list. That said it was much less impressive than we thought. 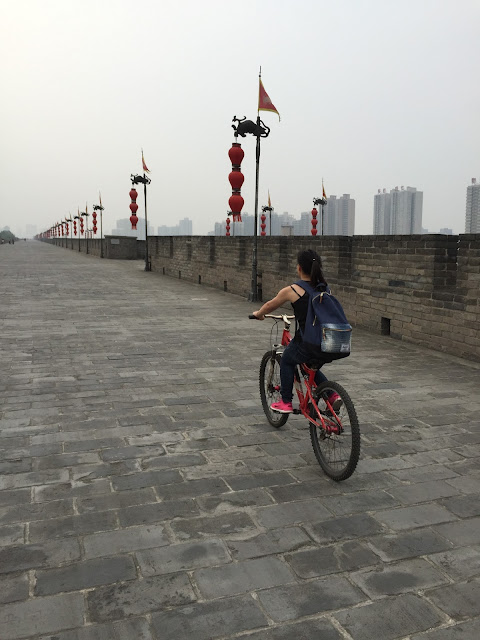 Back in the city we made our way up to the City Wall, where we rented a bike to see the city from the top - entrance fee 54yuan + 45yuan for bike rental for 2 hours. To be honest we couldn’t see much with the heavy smog, but I’m always happy on a bike. Bro somewhat struggled slightly with the bumpiness though. 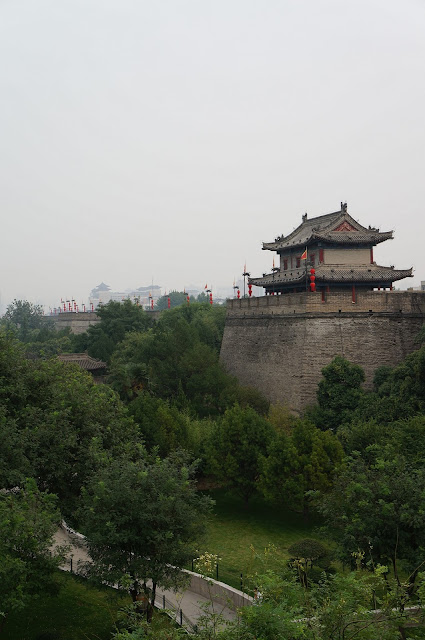 We returned the bikes at the South Gate, where we spotted a cluster of old houses. The area is like a scholar region, where there were lots of stalls selling calligraphy, writing brushes and traditional crafts. 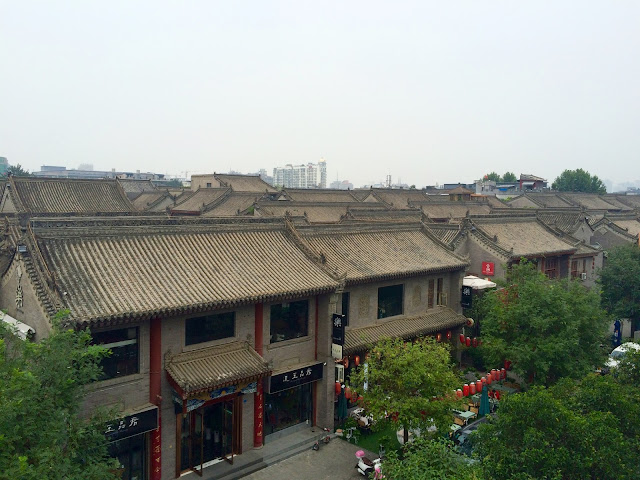 Then we made our way back up to the Muslim Street by the Bell Tower for dinner. This street is nuts; like a night market selling all the local delicacies of Xi’an: Lamb skewers, pomegranate juice, fried beancurd, Chinese style kebab… The man said this lamb pao mo is a must-try in Xi’an. 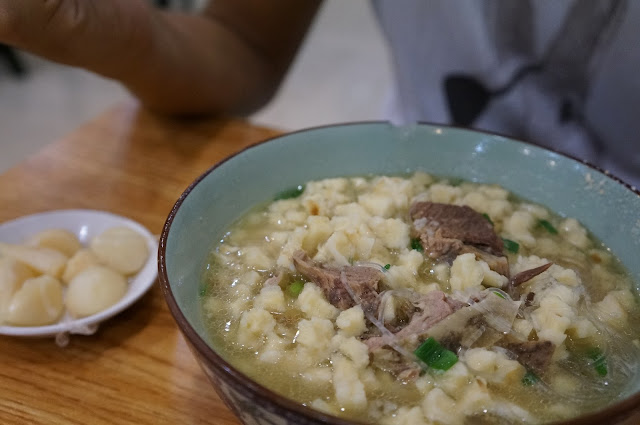 It’s a small bits of pita bread soaked in a rich broth packed with spice and lamb aroma. I was told by a trusted source that this was a must-try dish in Xi’an. I can’t say I enjoyed it, the broth was strong in lamb flavours, thicken by the bread, but probably too pungent and soaked bread really isn’t my kind of thing. The other street stuff was quite good, especially the lamb skewers with cumin and Chinese kebabs. 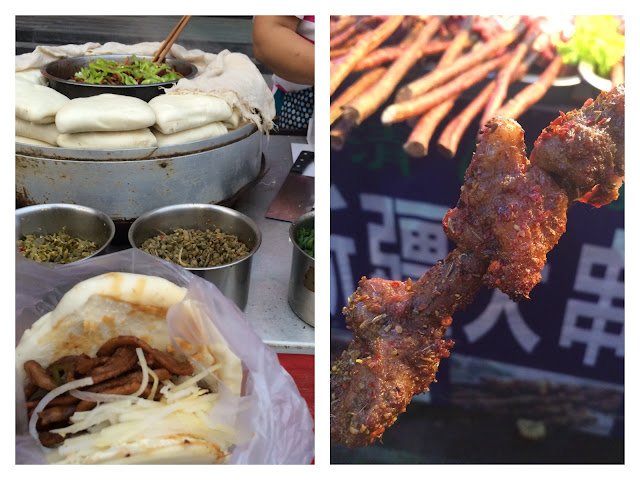 The following day we got up early to catch the first bus to HuaShan. Being one of the 5 spectacular peaks of China aside, I have an emotional attachment to HuaShan. Those who have read “Kam yung” novels would know a HuaShan is where he sets the scene. I started reading his novels since I was 10, it means a lot for me to see where those fictitious scenes took place.

First bus leaves from the Xi’an railway station at 8am, we were told during high season buses leave as early as 6am. There really is no such thing as first bus, the bus only moves when it’s full. We couldn’t find the one marked No.2. Instead there was a bus that was charging 36yuan one way; 60 for a return. We suspected this wasn’t the ‘official’ bus, but we convinced ourselves the air-con was stronger. 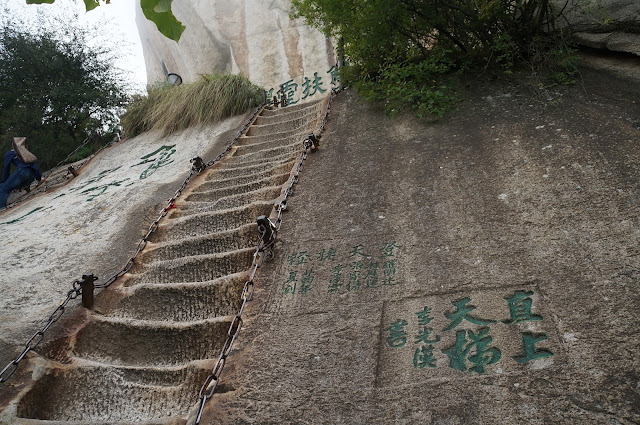 The bus journey took 2.5hrs. It took us to a hotel entrance and ushered us to the lobby where a guy was presenting the routes and options to us. He was talking at 100mph in mando, but bottomline the hotel staff tried to sell us cable car tickets. 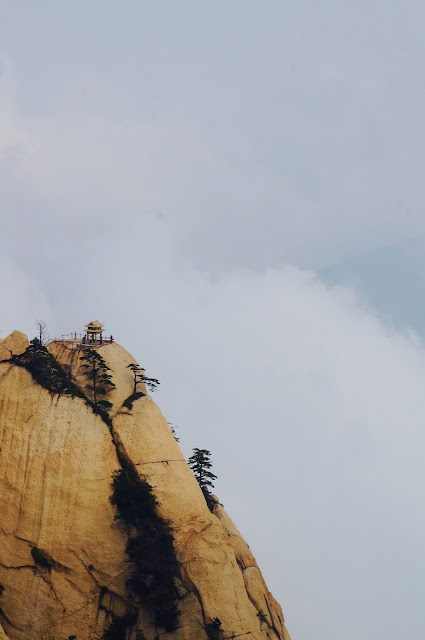 In short, the best circuit is to start from the North entrance, up the North peak, trek around all the peaks from the North Peak, then descend via the West route. In short, as a day tripper, it’s close to impossible to do the entire route by trekking. There is a way up right in the middle between the North and West entrance, but this route takes 7-8 hours by walking, I heard people only take this route up if they were staying a night in the mountains. We had about 6 hours in the area. North up; West down it is. This bus company was trying to charge us another 5yuan per head to drive us to the North entrance, which was 2km away. Fuck that - we walked. Damn sure we got there before the bus did.

So HuaShan is a relatively expensive ordeal. Let me break it down for you:
Return Bus fare from Xi’an: 60
Entrance Fee: 180
Bus from Entrance to Mountain trekking point: 20
Cable car to North peak (optional): 80
Alternatively you could walk: 1hr 40mins
Cable car from the West Peak: 140
Bus from Cable car to West Entrance: 40
From what I could see, there wasn't a trekking option from the West. 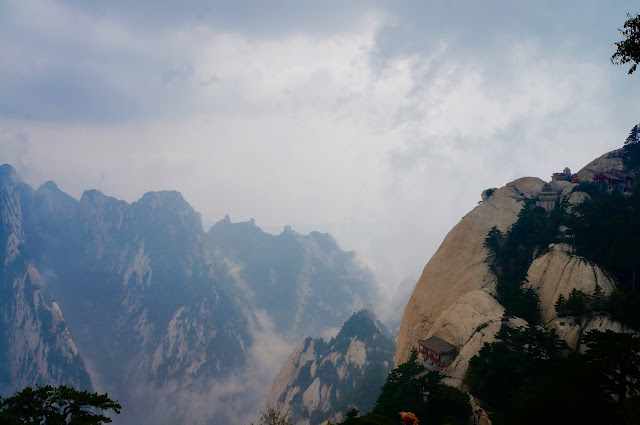 We were going at Super Sonic speed despite the selfie-stick mobs, the panting and crawling bunch, and the ladies who thought it was okay to wear heels - it ain’t.

Weather up in the mountains is unpredictable, and it was quite a misty day for us. Luckily when we got to the top above the mist and clouds, we got some good shots as we walked around all five peaks. It gets significantly colder at the top c. 10-16 degrees, that said Bro and I were both in tanks tops throughout, people in opposite direction kept asking if we were cold - it gets sweaty after climbing several thousand steps alright…

We made it back to base and caught the bus back to Xi’an around 4:30pm. The return journey took a lot longer thanks to traffic. We opted for a quick dinner of bian bian mian - also a specialty of Xi’an. They made up this word for "bian" - we haven't found it in the dictionary. 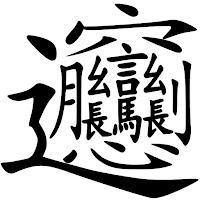 The history of bian bian mian came about when Xi’an succumbed to the invasion by the Mongolians way back. Citizens had restricted access to sharp tools, which made cooking challenging. So a lady came up with a type of noodles that could be stretched into flat shapes, and this became a staple.

Bro had a dry version mixed with chopped carrots, celery and mince, drizzled with chilli oil and spice. Mine was served in a washing basin plus a garlic sauce for dipping. Absolutely delicious - all for 19 yuan. 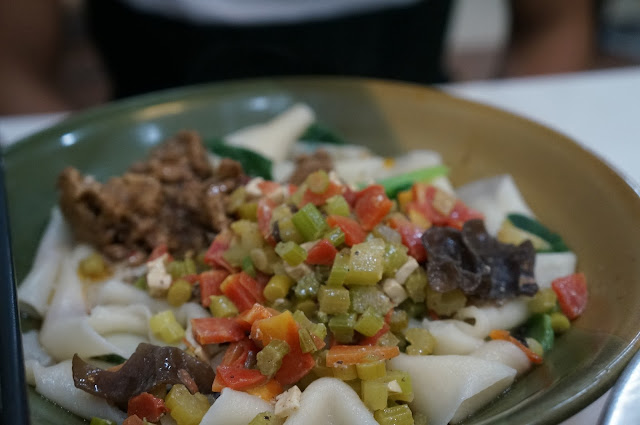 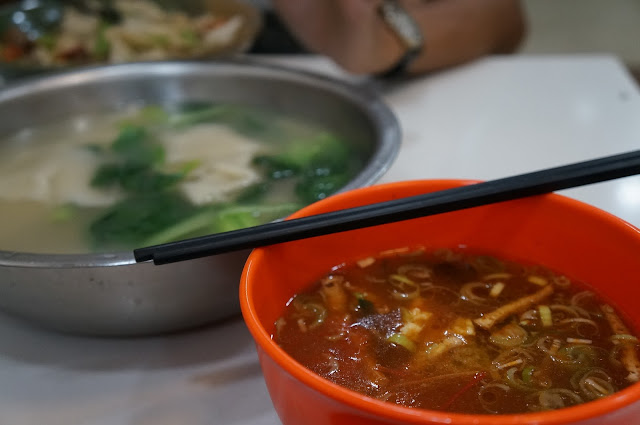 With a full stomach, we caught the airport bus and checked into the airport hotel - ready for the morning flight to our next destination: Lhasa, Tibet.
at 18:00