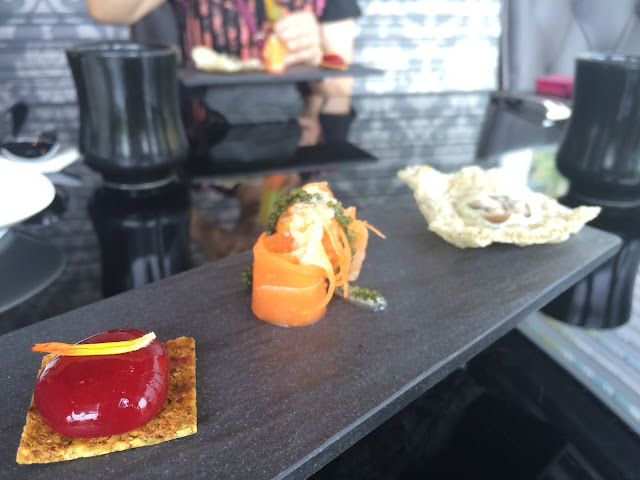 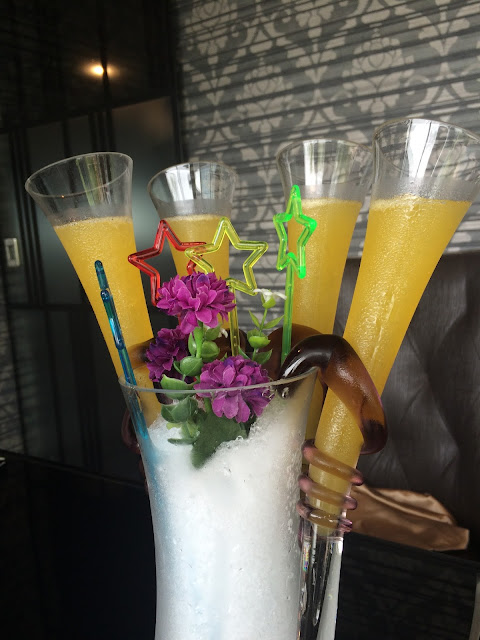 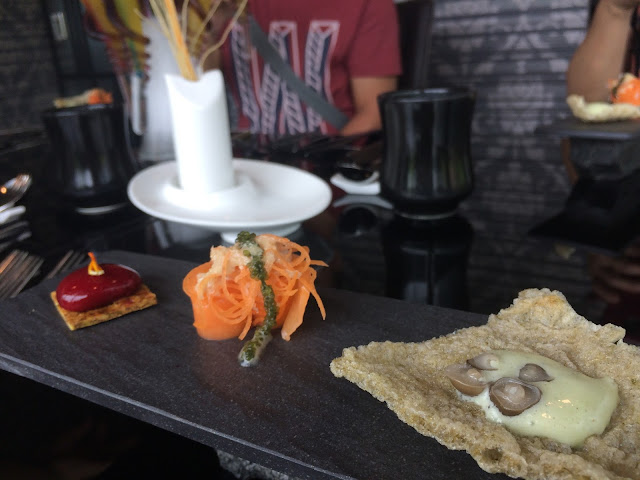 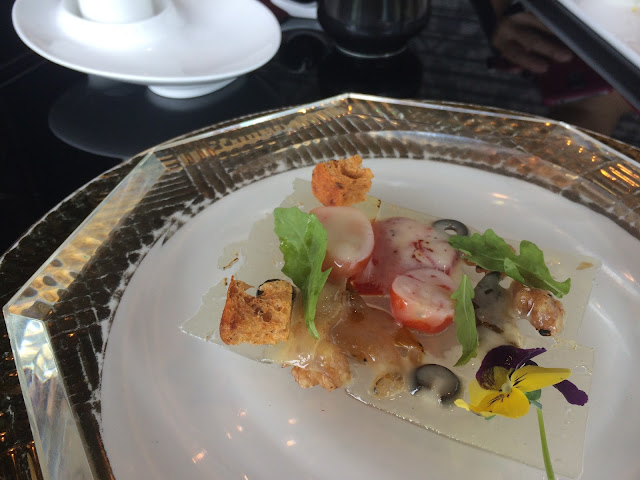 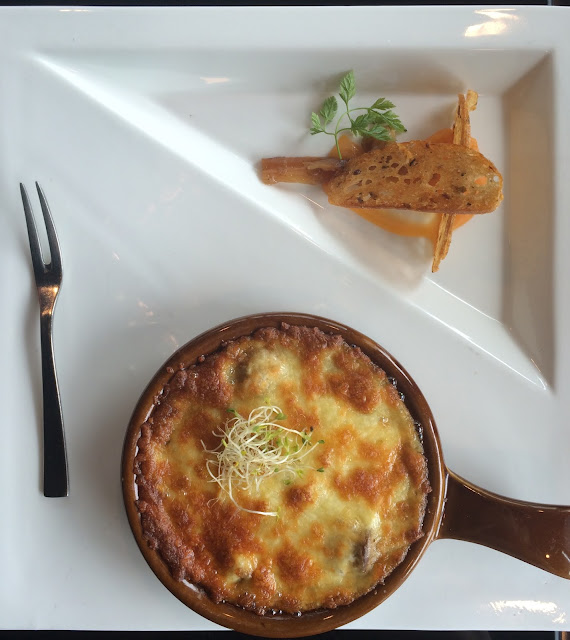 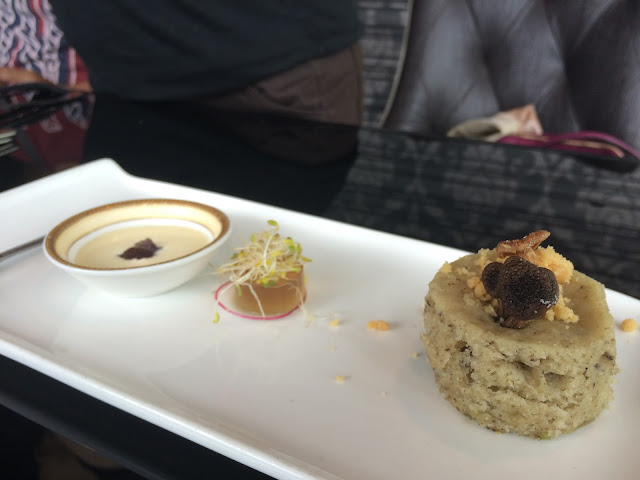 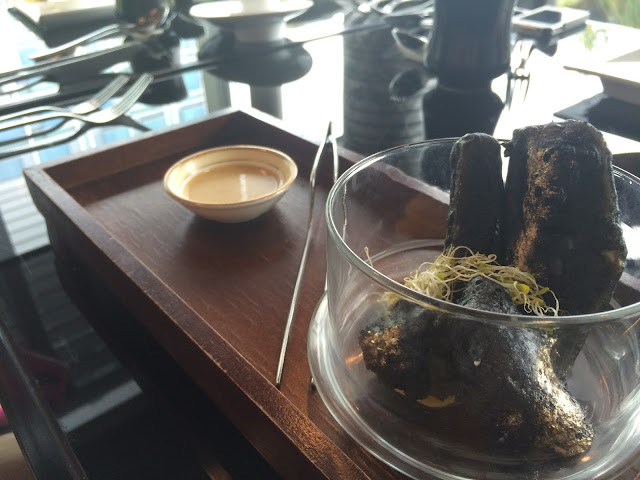 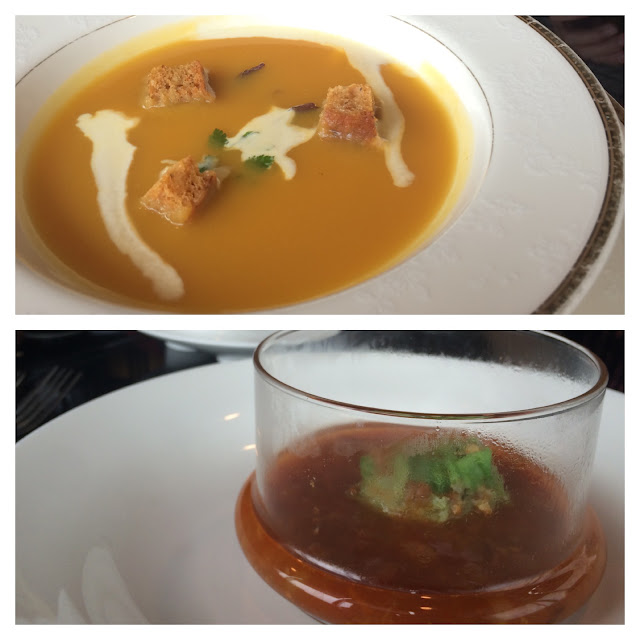 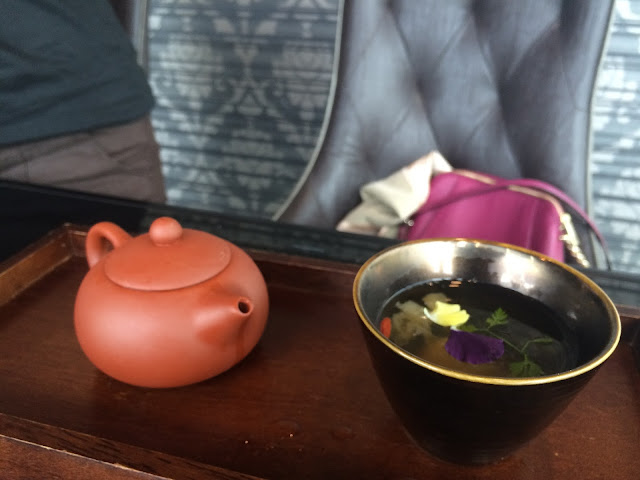 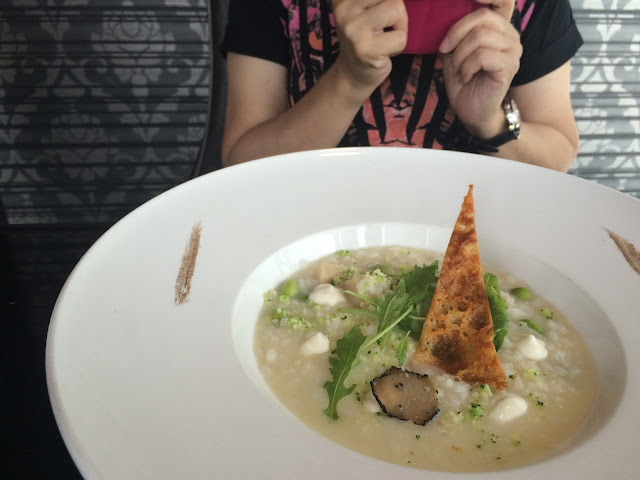 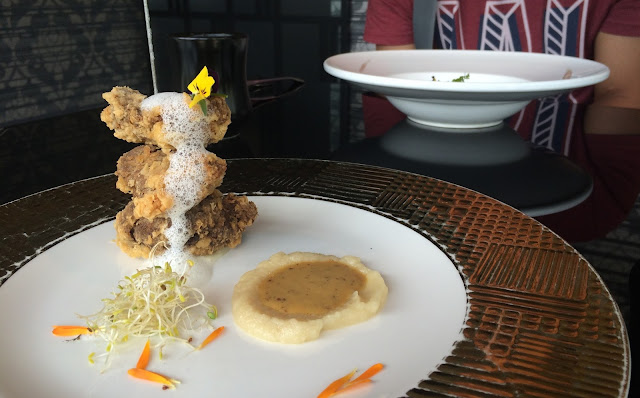 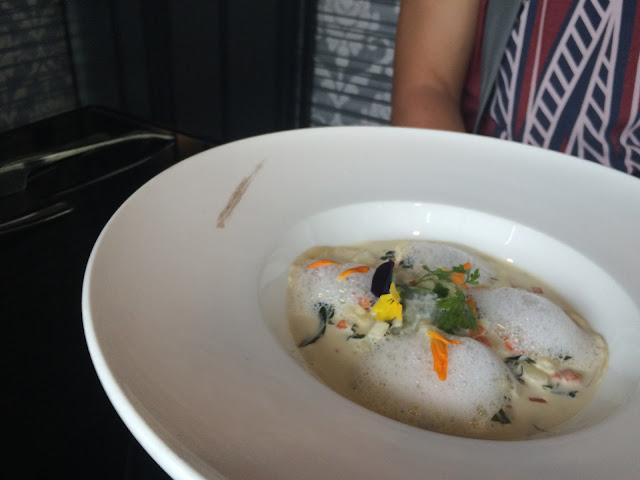 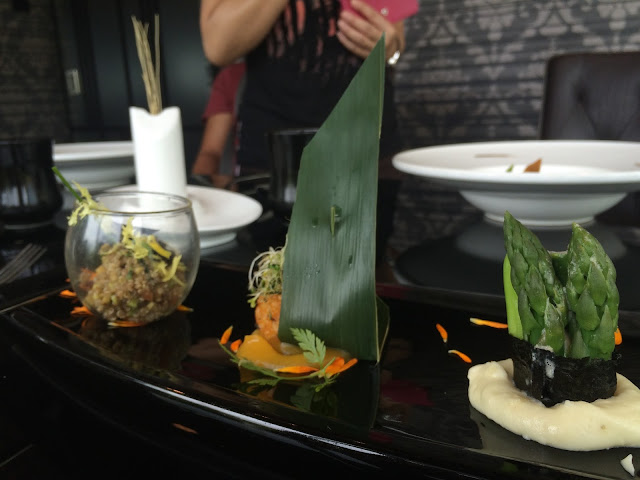 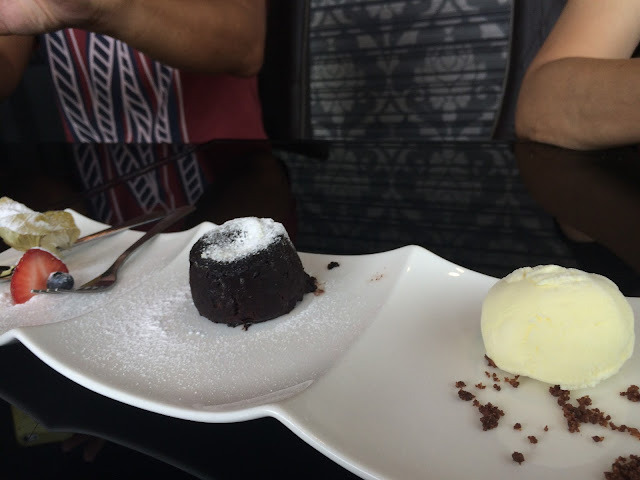 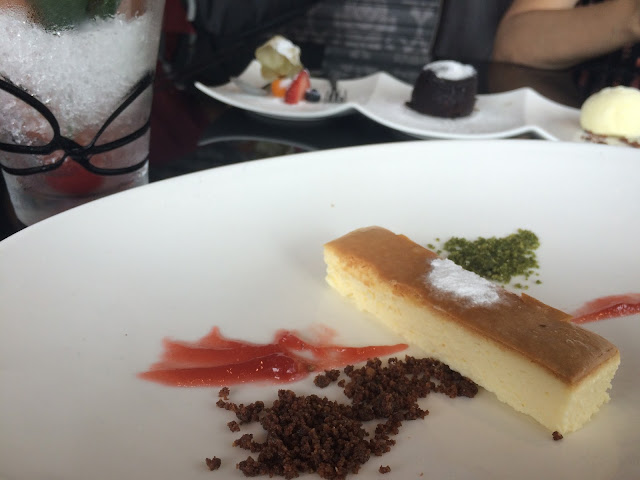 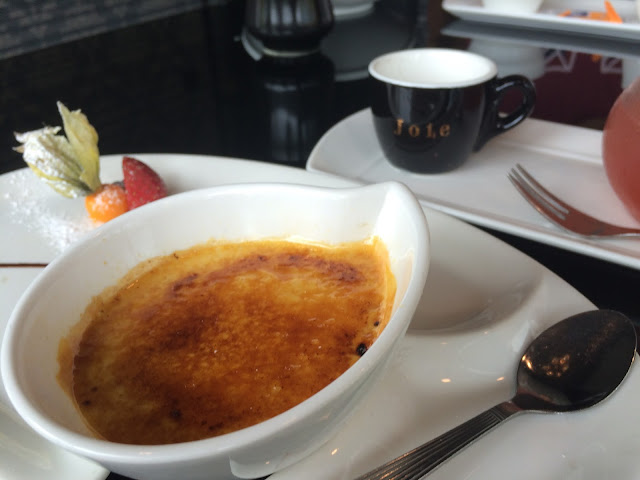 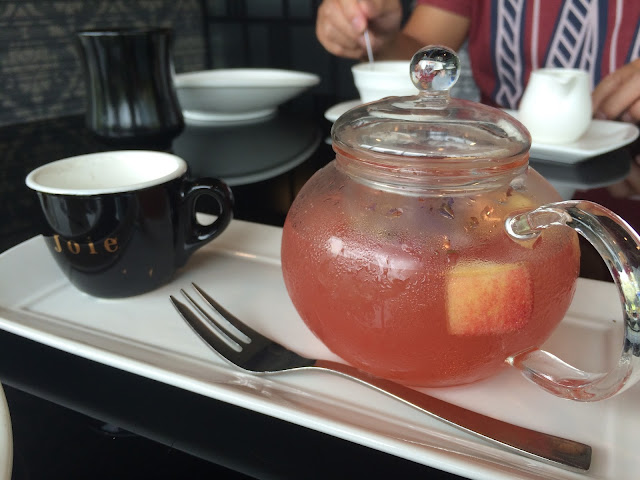 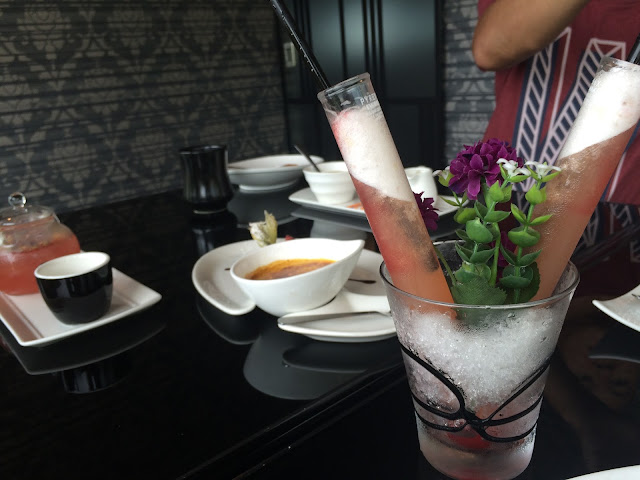 You may also like: Corner House, Les Amis, Saveur
at 20:37 No comments: 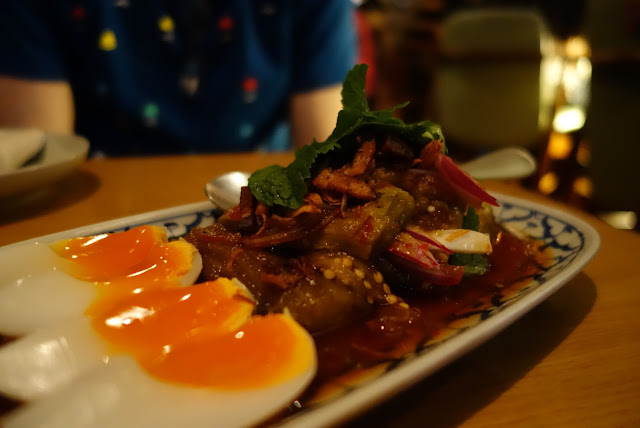 There was no shortage of choices when it comes to restaurants in Bangkok. After crossing out Japanese, Korean, European and chains (it was only Day 2 in Thailand, we weren’t Thai-ed out), the list was somewhat shorter. Soul Food Mahanakorn came up on a few bloggers’ recommendation list, and the menu looked promising.

Nested in an abundance of Japanese bbq restaurants, hostels and massage parlours, SFM was a short walk from Thong Lo BTS station.  We booked a table for 8:30pm after an excellent massage at Diora, and the place was still packed – 90% of clientele was tourists / foreigners. I might have missed a trick by just reading travel blogs (– doh! what was I thinking). I was thankful when the waitress led us upstairs near the window, as the ground floor absolutely stank of sewers from the toilets. No idea how the other diners managed to eat through the stench. We started off with a couple of cocktails. His Sour Punch was refreshing though too bitter for my liking, preferred my Jai Yen Yen with passionfruit sweetness. For some reason we were struggling with the menu despite the variety; perhaps we weren’t hungry or we were trying to avoid items geared towards Westerners. And no, we weren’t going to choose a Burmese curry.

The thick strips of aubergine were plump with savoury and tangy dressing, smoked to spongy softness. The soft boiled duck eggs with the gooey, candied yolk accompanied the juicy veg perfectly, adding more texture to the strong flavours. This was our favourite. 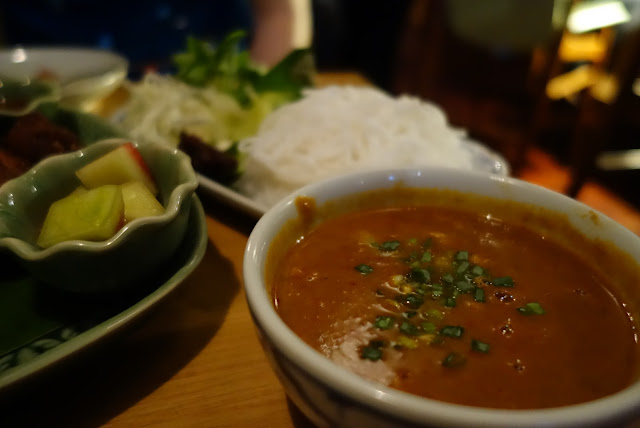 We didn’t expect this to be served as individual components, it was almost like Vietnamese dishes – makes it sharing and the assembly quite tricky on our small plates. The fish and crab have dissolved in the thick curry, leaving it quite sparse of substance. The taste of crab roe was very prominent, however, with its distinctive rounded creaminess and deep richness. It’s not everyone’s cup of tea though; though I quite enjoyed it, it could have been better. 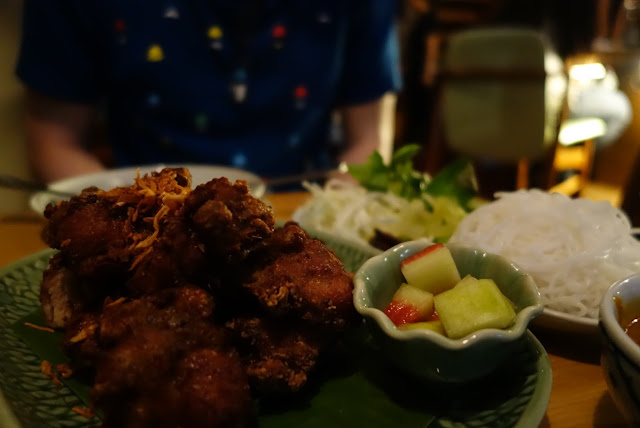 Having decided on a curry-based dish, we wanted something dry and narrowed the options down to smoked duck larb, lamb grapow and steak nahm tok and the chicken – we did rock-paper-scissors to conclude -.-

This reminded me the Korean chicken that have taken over the world; large chunky pieces of chicken with bones deep-fried in a seasoned crunchy coat, served with a sticky dip. The meat was succulent and well-seasoned even under the batter, and can’t really go wrong with the distinguished Thai sweet & spicy sauce. It was good, but nothing special – fried chicken afterall right?

The rationale for the pickled watermelon rind is related to Asian wisdom, where deep-fried and baked food are thought to increase ‘fire’ within our bodies, and disrupts the balance of elementary forces within us. The rind is thought to extinguish the flames and keep our bodies balanced.

We didn’t try their famous coconut ice cream, coz he doesn’t like coconut and we wanted to check out a night market.

Overall SFM was good; plenty of variety and the food was packed with flavours, though familiar flavours I would add. Given it targets tourists and foreigners, the heat and spice level was also tuned to Western palettes. Nothing wrong with that, just means it’s not that special as I could have this outside Bangkok. I suppose it’s a cool place to hang out with good cocktails, as long as they sort the toilet out.