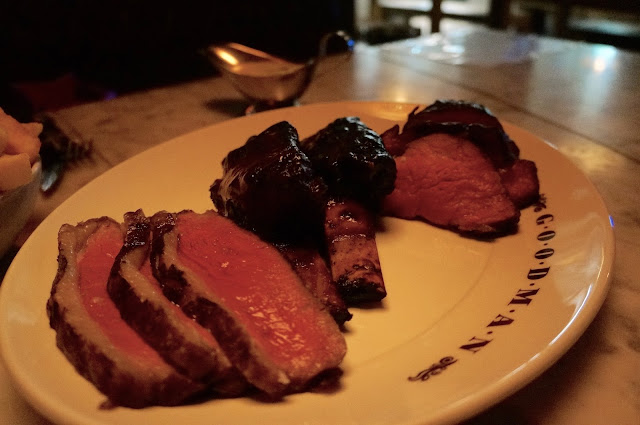 I had been trying to fit Zelman Meats in my 2-week schedule, so I was secretly doing a fist pump when I could convince Olivia to meet nearer Central for our pre-dinner cocktails. I mean, Milk & Honey for drinks sounded much sexier than a pub near Tayyabs, right?

Zelman Meats was the latest opening from the Goodman guys. Apparently the no-fuss, wallet-friendly seafood by Rex & Mariano didn’t click with London, so they brought some quality beef in to balance the equation. Luckily they kept the Sicilian prawns on the menu, then added three types of beef: picanha, chateaubriand and short ribs. The decor has barely changed from its R&M days; the three of us were seated at the booth.

Our charming server, Michele, talked us through the short menu and made recommendations on portions. When I noticed the Sicilian raw prawns weren’t there, I physically winced. It was the main reason for coming to Zelman; my stomach spent the whole day getting juiced up for these small raw pockets of oceanic glory, only to be told that it’s not going to happen; so cruel... like that kid unwrapping twenty layers of an Xbox box. Michele saved the evening though, after he checked with the chef in the kitchen, Chef Will appeared and slipped a plate of raw prawn on our table. Turned out the prawns arrived on the day and they were defrosting, so they were going back on the menu the next day. You don’t ask you don’t get, right? :) 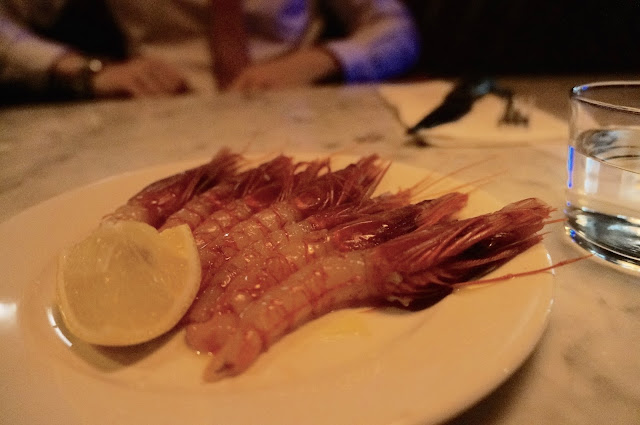 And these were the raw shellfish gems I was mind-slavering over. They were as good as I remembered them to be; the joy comes from sucking the disproportionately large plump head that hides the sweet and briny seafood juice (some call it mustard) and roe. The small prawn body was slimy and soft with a slight crunch, it was also flavoursome but the essence lies in the head. I don’t think Olivia shared the enthusiasm; he got it though, I think...

Michele recommended that we went for 300g of picanha and chateaubriand and 2 pieces of short ribs. Sounds about right.

Chateaubriand is known to be the most tender part of the cow. At £9 per 100g, this is a steal. When I was first introduced to this cut years ago at a business lunch, it was going for £16 / 100g. Beautifully cooked to medium rare with a deep crimson centre, the steak was wonderfully soft and packed with sublime, intense bovine flavours.

Picanha, or top sirloin cap, has a generous strip of cow fat, which added the guilty pleasure of buttery grease. Understandably it was outshone by the posh tenderloin cut; the flavours were more diluted and texture was slightly coarser (sirloin was never my cut), but the meat itself was okay.

The ribs were the weakest of the trio. Despite the slow-smoking of the ribs to tenderness and smoothering them in a secret barbecue sauce, the whole thing felt quite stale. The meat didn’t retain much juice and the sauce didn’t penetrate, a bit sloppy. Perhaps next to the more sophisticated chateaubriand, this was also dwarfed. 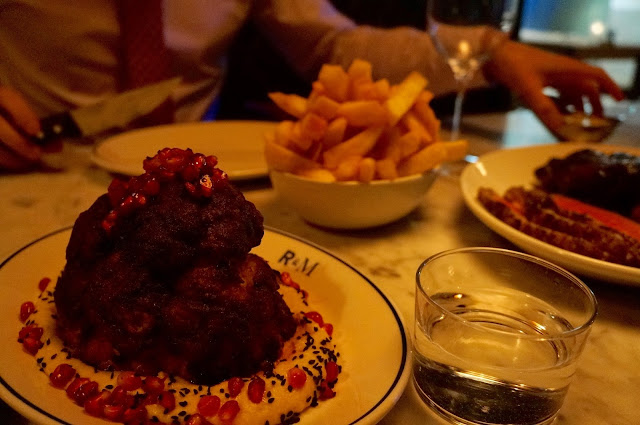 I quite liked the slightly bitter cauliflower mountain, its earthiness was accentuated by the hummus until the sweet acidity from the pomegranate cuts through. It was quite an interesting combination. 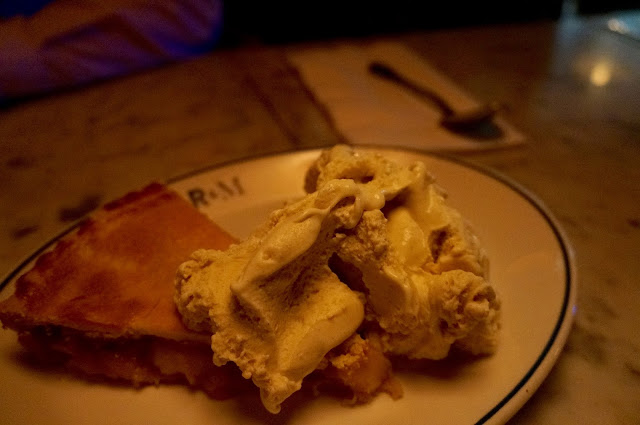 Good pie Will’s Nan! I don’t usually like apple pies yet I still ate more than I should have.

I loved it - what’s not to like? Great steaks, fine prawns, good wine and outstanding service, and it didn’t break the bank. It’s quite simply Rex & Mariano, but better.

It was a Tuesday evening and the place was only at 30% capacity. This worries me, great restaurants by the Goodman group like Rex & Mariano and the original Smack Lobster didn’t last. For some obscure reason, they didn’t attract crowds despite excellent food, superior ingredients and exceptional value for money. And for crying out loud, this is the middle of Soho! I hope this one lasts… at least until I come home so I can taste those Sicilian prawns and feast on cheap chateaubriand again…

You may also like: Smoking Goat, Blackfoot, Barnyard, Foxlow
at 21:13