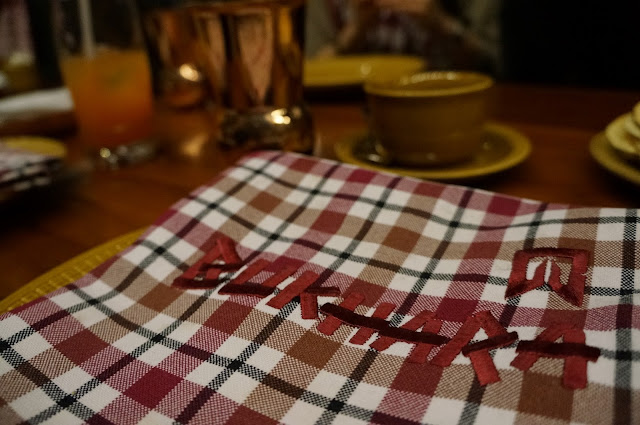 Listed as No.41 in Asia’s top 50 restaurant and nested in the opulent ITC luxury collection hotel, Buhkara is one of the most hyped-about restaurants in Delhi. So in our scruffy travel clothes we rocked up for dinner - feeling under-dressed had eventually become a familiar sentiment during this trip.

We were told that they only take reservations up to 7pm, then it’s walk-in only from 8pm onwards. We had our names down at 7:30 when the restaurant was mostly empty, and had a drink at the adjacent Golf Bar. We were summoned 45mins later and the restaurant was only starting to fill up with a small queue accumulating outside. From then the queue just kept growing. 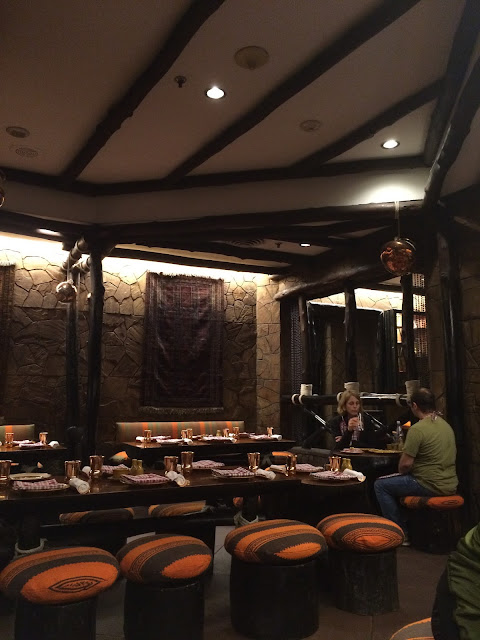 Bukhara specialises in tandoor-cooking, which uses a traditional clay oven that rocks up to 480 degrees to seal the meat juices quickly. For four of us, we chose a couple of dishes from the vegetarian and non-veg section of the menu. Our server explained that Bukhara encourages their diners to eat with their hands and fingers – we’re cool with that. I guess I would have struggled a bit had we ordered rice instead of naan to go with our meal though. 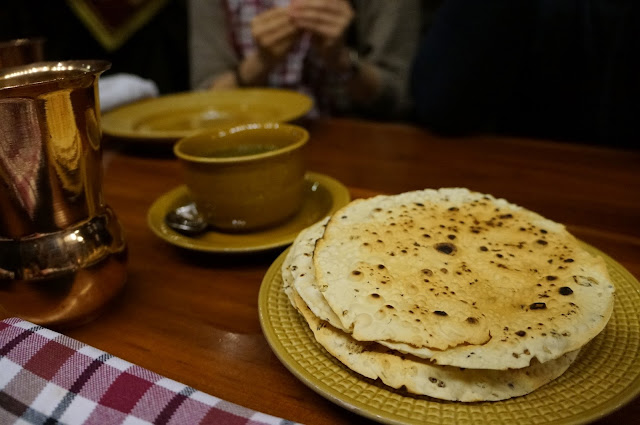 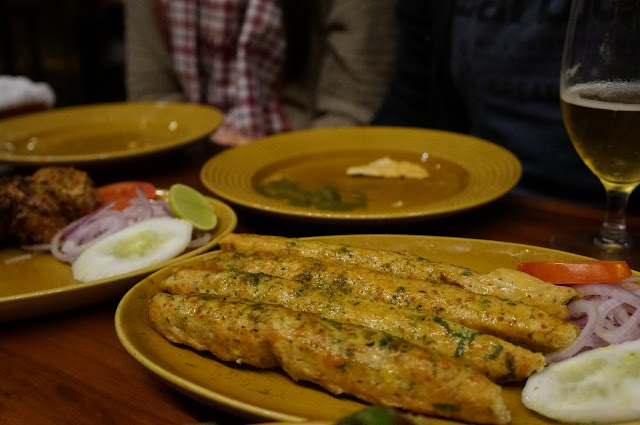 They may not look it, but these minced chicken sticks were spicy. The meat was juicy and tender, infused with a concoction of spices and a very generous rub of green chillies; the heat wasn’t explosive but it slowly seeped through my senses, the heat lingered and hijacked my taste buds long after. It was my first day in India, my spice tolerance hadn’t quite adjusted to local cuisine yet. 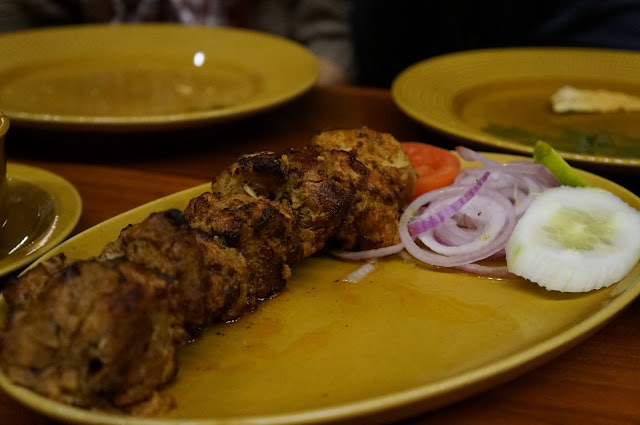 The leg of lamb, by contrast, was very mildly seasoned. The large chunks of meat were expertly roasted to retain its succulence. Though it was cooked beyond medium, more medium-well, the lamb was very soft, easily torn apart with fingers. It reminded me of having lamb shish in a Turkish restaurant.

Dal Bukhara A harmonious blend of black lentil, tomatoes, ginger and garlic, simmered overnight and slow charcoal fire, finished with cream and served with a dollop of unsalted butter
I used to think I only like the house black dal from Dishoom in London. Now I know I like dal makhani, or dal made with black lentils; it’s buttery and velvety with subtle flavours from spices. 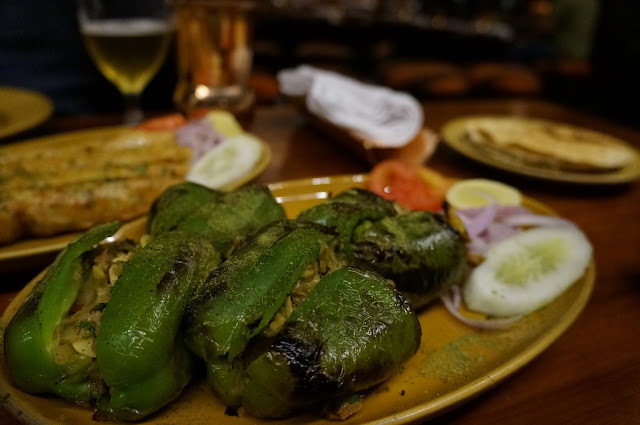 The stuffed peppers were my favourite of the evening. The vegetable stuffing was crunchy and succulent, gently seasoned with fragrant spices and mild heat that brought out the bitter-sweetness of the pepper. It was simple yet delightful.

This colossal naan was flying across the dining room like a UFO. Since naan bread is usually flash-cooked on the surface of a tandoor oven, I can only imagine the size of the clay oven here. Hmm… despite its theatrical entrance, I didn’t particularly enjoy the naan. This could be purely down to my Indian cuisine ignorance though. My idea of a great naan was one that is light and crispy on the outside, but fluffy and slightly stretchy on the inside, so that it holds and wraps the curries.  While this flying carpet was very crispy, almost brittle, I thought it was probably too dry and lacked the smoky char on the surface. It was fun and great for sharing for at least 6 people, but I’d go for regular butter naan given the choice again.

Kulfi A rich and creamy frozen dessert with almonds, served with corn starch vermicelli and rose syrup &
Phirni A light dessert of milk and ground Basmati rice flavoured with cardamom set in an earthen mould, topped with pistachio and almond slivers 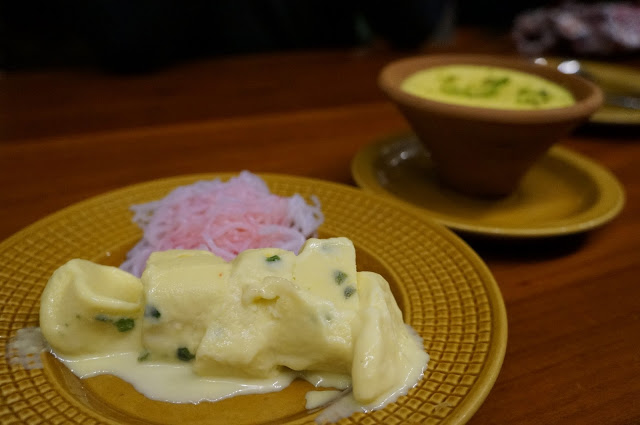 This tasted like nougat in a dense ice cream form, rich and creamy with a nutty bite – we enjoyed it. The vermicelli on the side was less well-received; I don’t like any food rose-flavoured, it has an artificial, forced sweetness. The baked egg custard was alright, not dissimilar to an Indian version crème brulee with nutmeg.

Bukhara was a fun restaurant. The food was very good, though it wasn’t worlds apart from what we had experienced back in London; perhaps I was expecting an authentic meal to have unheard of dishes or flavours. As the evening went on, the dining room started to fill with more Indians all dressed immaculately in their brightly coloured attire and bling. The vibe became more relaxed as more UFO naan was flying about, and huge trays of tandoori dishes were shared. Interestingly it didn’t feel like an Indian restaurant, perhaps my narrow mind is trained to associate these tandoor recipes with Turkish cuisine.

A couple of days later we went to Peshwari in ITC Agra; it’s a sister restaurant of Bukhara that mirrored Bukhara to the dot. We tried some chicken dish in a tomato-based curry and some pastry parcel stuffed with cabbage, paired with bharwan kulcha and butter naan. Again it was a good meal, just not remarkable.