Have A Zeed by Steak Lao, Bangkok 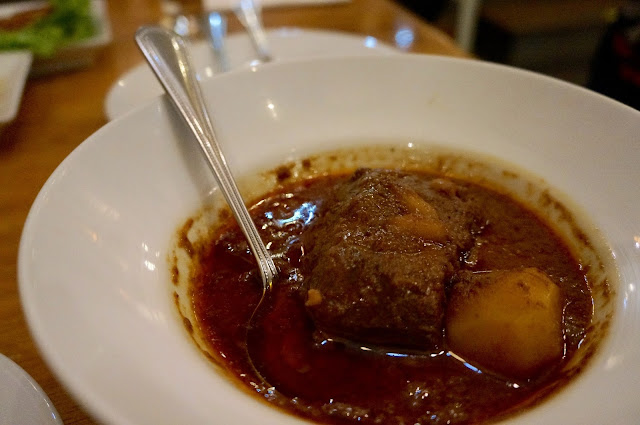 We spent a few hours in Terminal 21 in Asok before flying home. The shopping mall houses an array of boutiques as well as local brands, spread across multiple levels, each themed with an iconic city.

Among the 3 other Thai eateries on 4th floor in Terminal 21 shopping mall, Have a Zeed looked the fanciest and was most strategically placed next to the escalators, hence the only restaurant with a small queue. Drawn to the fake chandeliers and sheep effect, Papa Chan picked this one, despite the warning signs of too many tourists frantically scrolling their phones to max out on free wifi. 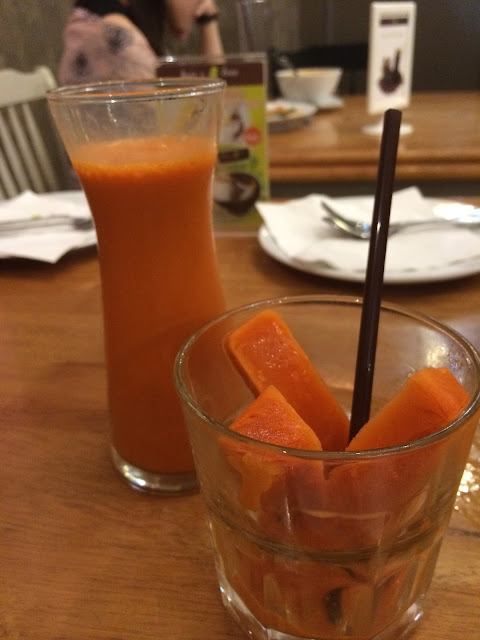 Mama and Papa Chan had a banana smoothie and coconut smoothie, which were both excellent with small bits of fruits for chew. The iced thai milk tea was served in a carafe with ice made out of thai milk tea, so that the ice doesn’t dilute the flavours as it melts. It’s very thoughtful, except I would have liked some normal ice to water down the sweetness... 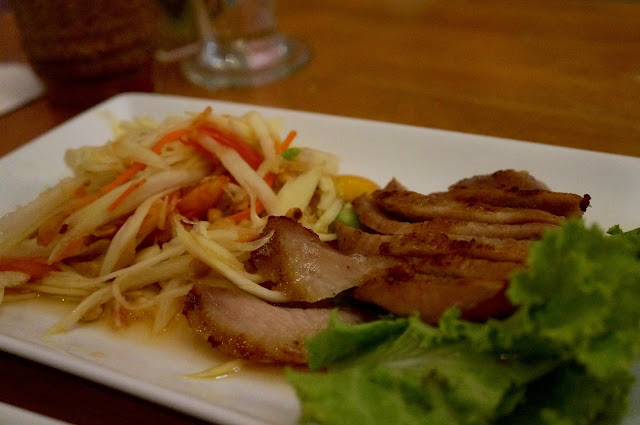 We couldn’t get enough of papaya salad. This time we mixed it up a bit and had grilled pork neck served on the side. The salad itself can’t go wrong with the trusted combination of fish sauce, lime juice, and a restrained sprinkle of chillies, all pounded together with crushed peanuts and dried shrimp. The pork was passable; springy with a tiny bit of juices from melted lard, but the exterior was dry, especially the pieces at the end. It could do with more seasonal too. 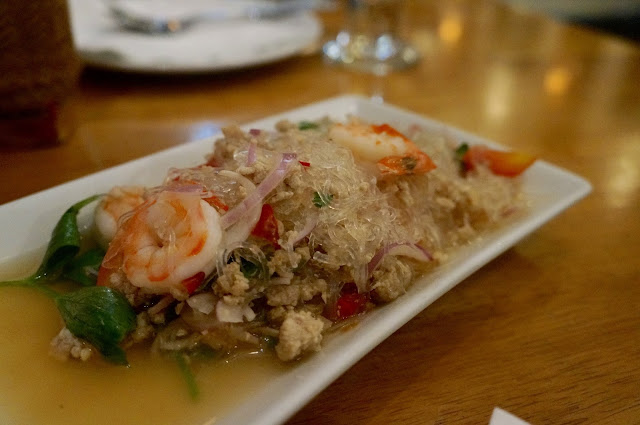 This was a warm vermicelli salad. Again, the spiciness was very toned down, the sauce was refreshingly zesty and meaty. 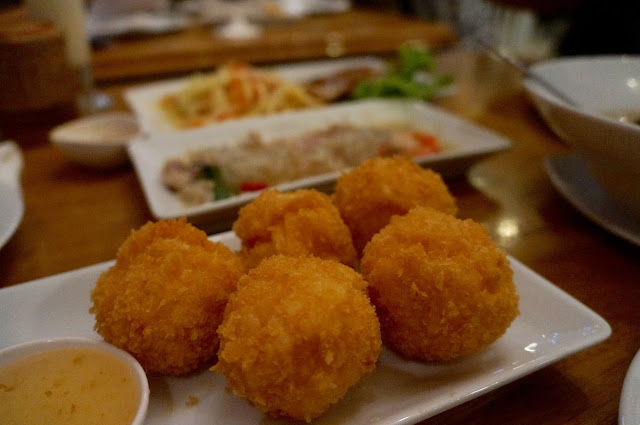 These were delicious. The shrimps were beaten to a springy paste, each bite was full of bounce with a brittle breadcrumb shell. The honey dip on the side had a touch of citrus, and clung well onto the crispy balls without making them soggy.

This was a very sweet curry, unlike all other curry dishes we’d had. It could do with more spice and herbs since these were masked by sweetness. The hunk of beef was probably chuck; it was slow-cooked to tenderness as it was reduced to shreds when pressed with the spoon. The shreds held the thick curry sauce well, but it lacked the melt-in-mouth texture because it was very lean. It was okay, but I have had better. 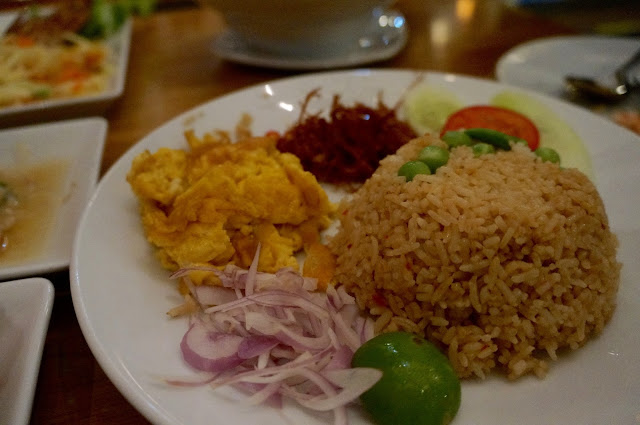 This was uninteresting; I was hoping for strong punches of fermented shrimp aroma, but the pungency was very mild, I barely detected a faint trace. More importantly, I’m not sure if it still qualifies to be a fried rice when each ingredient is served separately on a plate; say when egg fried rice is served with eggs on the side, isn’t it just rice and egg…  I’d go as far as calling this mixed rice - leaving this open for discussion.

In short, it’s not the most authentic or exciting meal, but none of the dishes were offensive. Given the choice again, I would definitely head one level up to the mini Fisherman Wharf food court, where the som tum was twice the size, double the flavour and half the price; fried rice and noodles were freshly prepared with everything cooked and mixed together, served piping hot; plus perhaps another 20 stalls that serve straight forward and authentic Thai dishes.