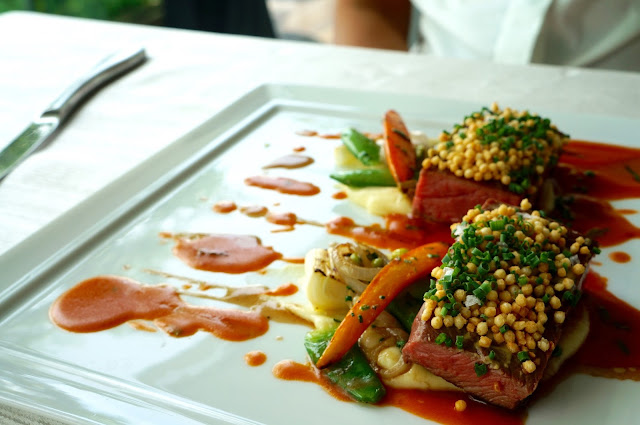 Finding a restaurant to treat Mama Chan on Mother’s Day was more challenging than anticipated - a lot of restaurants on my list aren’t open on Sundays. So I decided to pick a venue with an impressive view, something to fall back on in case the food isn’t up to scratch. Sky on 57 at Marina Bay Sands seemed like a good bet. 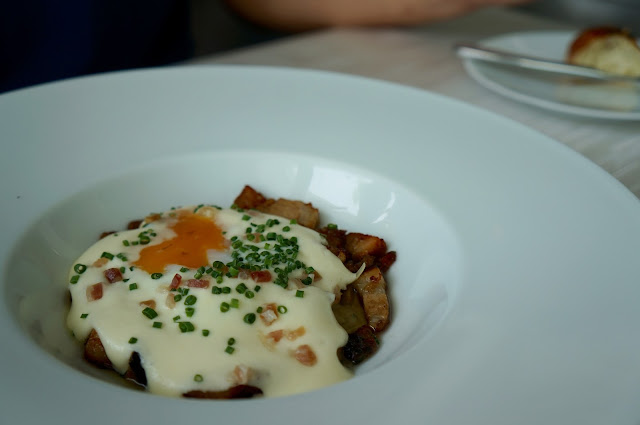 The glowing yolk spurted onto the blanket of dense potato foam when we pierced through the soft-boiled egg; everything tastes better with a bit of runny yolk. The pork belly was beautifully cooked to utmost tenderness as the thin band of lard melted in mouth; the smokiness and the soft, succulent leeks was excellent with the smooth potato cream. Delicious start. 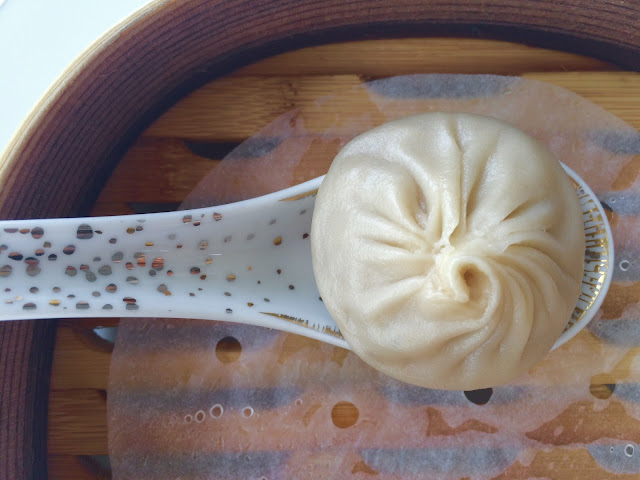 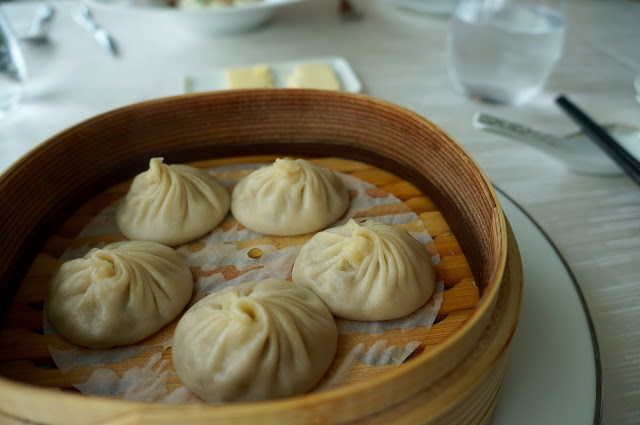 One of the best things about xiao long bao is bursting the sac of flavoursome broth in mouth; this satisfying explosion was missing from these fusion creations. Instead there was a gush of distinctive liver richness from the foie gras cream, followed by ripples of truffle aroma as the black truffle consommé leaked from the little pouch of goodness. They reminded me of ravioli but replaced the eggy pasta with a more fragile shell. The flavours were structured and balanced, I really enjoyed them. 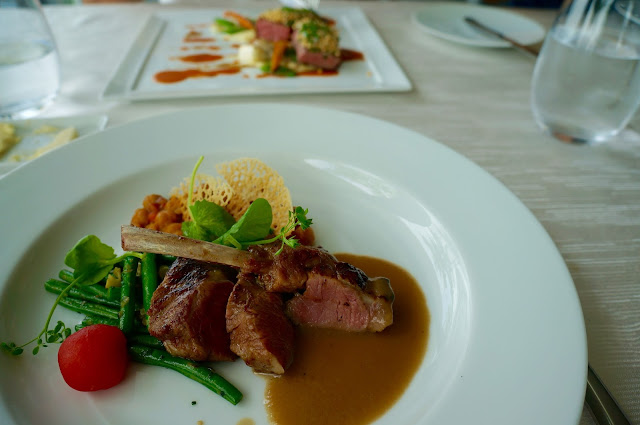 The lamb was simply excellent. The meat was perfectly roasted to marshmallow softness, paired with a sweet, fragrant tamarind sauce for some Asian flare. I wasn’t a fan of the chickpea stew though, the tumeric and cumin were too bold and overpowering.

The beef was less impressive in contrast to the flawlessly executed lamb. Slightly overcooked for the medium-rare requested, the striploin was
quite coarse and it had lost its softness. The bovine flavour tasted diluted; perhaps once you have gone dry-aged, you can’t go back. The toasted rice was also an unnecessary distraction that had drowned out the subtle glaze. The shellfish essence in sauce Americaine made up much of the flavours; Chef was heavy handed with the cayenne pepper though, giving it a sharp bite. 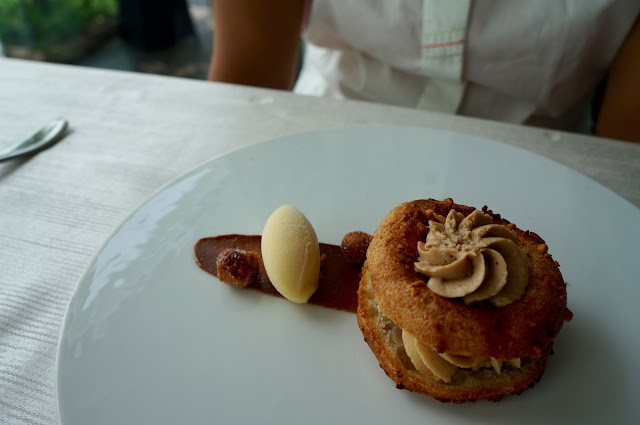 This Paris Brest has nothing on the one from Patisseries des Reves. The choux pastry was quite hard and dry, it resembled stale puff pastry. But the generous hazelnut cream made up for the shortcomings, it was thick, buttery rich and packed with nutty aroma. Not bad. 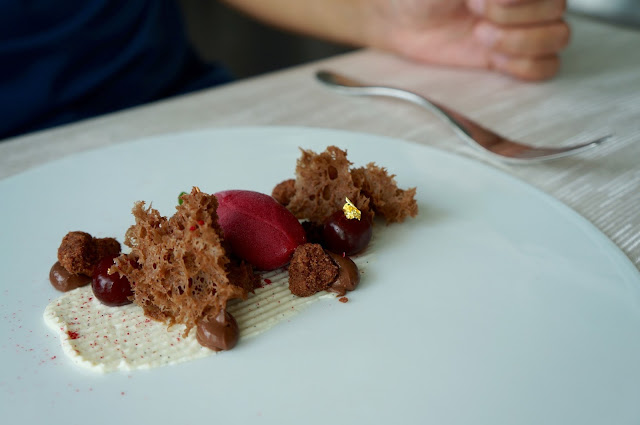 The description on the menu was very comprehensive, and so Papa Chan was expecting lots of things on his plate. Well.
I only stole the kirsch jelly and it was strong. 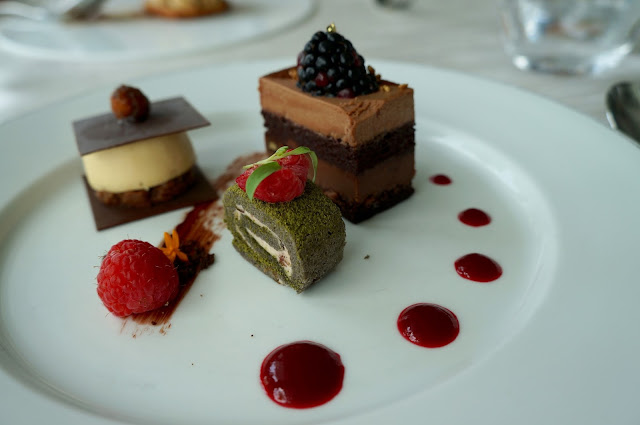 The peanut butter bomb was particularly delicious, like a posh Reese.

Sky on 57 was a pleasant surprise; the food measured up. I enjoyed the fusion elements to the recipes, and despite some dishes could do with minor tweaking, I felt the eastern touches blended in well with western ingredients. Most importantly, Mama Chan enjoyed it.


You may also like:Burnt Ends, Corner House, Wild Rocket
at 19:24